Coach Thirkell has been with the Discovery Canyon Boys Tennis Team since 2010. This is his 3rd season as Head Coach of the Boys Thunder Tennis Team. He played NCAA tennis for Colorado College, rising through the ranks to be their number 1 tennis player. He has worked for both Air Force Tennis and Nike Tennis as a tennis instructor. Coach Thirkell is no stranger to Colorado High School tennis with his own experience playing singles and doubles at Lewis-Palmer High School helping his team win Regional Championships and qualifying for State. He believes that tennis is lifelong game and works to build student athletes’ love of the game. Coach Thirkell teaches Mathematics at Discovery Canyon Middle School where he also coaches the Intramural Tennis program.

2020 marked the largest DCC Boys Team yet with 30 players. Varsity and JV have continued to improve and have made their presence known in the Pikes Peak Region. The Boys Thunder Tennis team has won 14 out of their last 16 head to head matches since 2019. The boys team has won the 2020 Air Academy tournament. The last two years, the Boys Tennis Team has finished 2nd at Regionals and has qualified 19 boys to State. At the State Tournament, the Boys Thunder Tennis has advanced 11 players to the Quarterfinals. The Thunder have finished top ten at the State Tournament. DCC Tennis supports a one team philosophy, that every position has its own merit. All student athletes have the abilities and opportunities to build skills that enable them to find success on and off the court. Boys Tennis season is from August through October. Varsity consists of 3 singles players and 4 doubles teams. The remaining players are playing doubles on the JV team.

“A good team around you with spirit, motivation, and belief is the key to achieving big things” ~ Sabine Lisicki 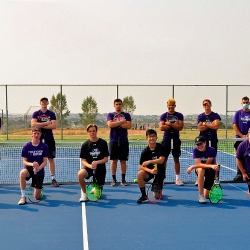 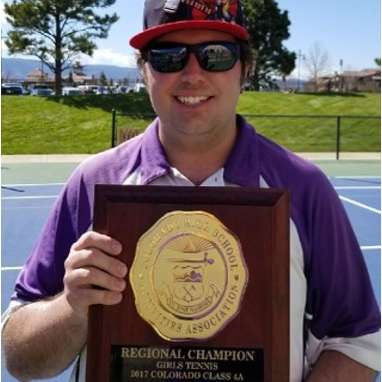