Coach Caiyem was raised near Malibu, California, where he started running 10 years ago. After high school he ended up connecting with the Coach at UCCS and moved out to Colorado Springs to run in college and attend the University where he studied Health and Wellness Promotion and Nutrition as a minor while competing in cross country and track.

He found passion for coaching during his junior year in college when he was injured and had to work on mental strength. It dawned on him that he could help other athletes with their own struggles. Coach Caiyem loves coaching and mentoring young athletes and hopes to continue his career as a lifelong running coach.

Coach Caiyem has a USATF Cross Country Coach Certification and in his own time he trains as well, hoping to get as strong and fast as he possibly can!

Coach Moore grew up in Saxtons River, Vermont; population: 442. Like many American High Schoolers he dreamed of playing in the NBA or MLB. A broken hand during his sophomore basketball season altered that dream. The injury plus encouragement from his brother turned him to track. By the end of high school he was hooked. Moore was fortunate enough to receive a scholarship to run cross country and track and field for UCCS. During college, he realized that coaching is what he wanted more than any other career. His coaching experience in the past five years includes: Monument Academy Charter School, Discovery Canyon, UCCS, individuals, and himself.

Moore is currently the Assistant Coach at UCCS and DCC. He handle recruiting, coaches the 800m runners, and aids with the rest of the team at UCCS. Running is his biggest passion. He spend hundreds of hours watching races, writing training, planning runs, logging and studying logs, reading and debating science, and more. He runs over 100 miles per week in search of his own lofty goals. He believes running has four components to it: 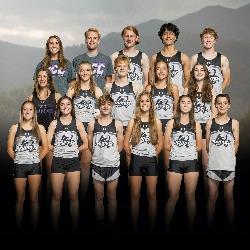 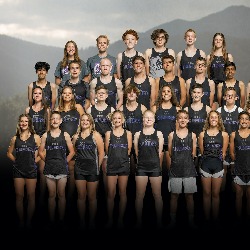